A bizarre day of crying. Not by me though. 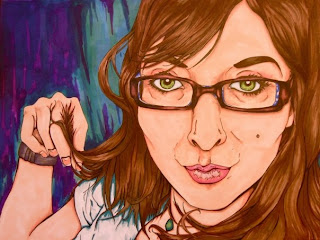 Pics 1 – the drawing my amazing friend did for me 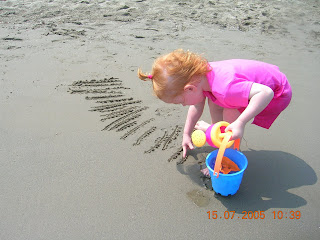 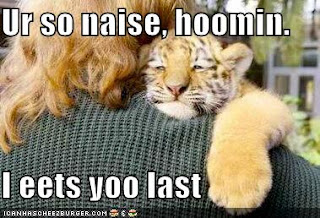 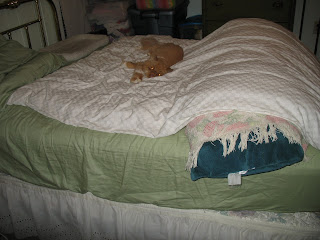 Pics 4 – My cat, you KNOW he is thinking “Honeeeee r u coming to bed soon?” lol

…involving buying milk at a gas station for a hungry crying baby, buying Burger King for a crying woman at 11pm who was probably [ok, certainly] a great scam artist, and my friend Allison making my cat cry because she hurt his feelings by being scared of him. 🙁
———————-
And without further ado, here was my weird and not very cool day

2. Went to projects to see deaf/bind baby and mom was in meltdown mode. Bugs were crawling around, smell of excrement in air, naked little brother, little sister in oversized man t-shirt from day before, mom in shirt and undies yelling at kids, and baby was in massive regression mode from being up all night from hunger as they were out of milk so fed her sugar water instead; just cried and shook. Not our job to make sure these kids get food, but this baby needed food NOW – COTA asked me to run to store to buy milk – a 1/2 gallon was like 4 dollars at convenience store in projects, but didn’t have time to go bargain shop. Then spent 30 minutes on phone trying to get hold of right person to get her WIC program recertified…COTA and speech aide treated but entire session was spent feeding the sleep-deprived and hungry baby. Will be contacting child protective services tomorrow – they are involved already but this was a new level. It was pretty stressful. And for those Kiwi OTs who laugh at us in scrubs – here is my newest and best reason – nobody hassles us while we are wearing scrubs when entering unsafe areas where unaccompanied women are otherwise a target.

3. Finished first “draft” of organizing office – have more I want to do but it’s a good start – also slightly helped COTA – felt guilty leaving her at 515 while she still had kids since she is working so much, but then again, she’s getting paid and I’m not, and I’m already getting in my hours and then some. She is really hilariously funny and a great COTA.

4. Chatted with Allison who was in crisis mode due to OT drama at her work, but fieldwork coordinator is on top of things and it will all work out. Met her to go walking. Walked on track. Met up with MOT student in class below us, they have their Frame of Reference test tomorrow. Warned her – and I truly believe this with every ounce of my being – that she could study as hard as she wanted, but the test, if unchanged, was unfair and she’d probably do poorly anyway. She was prepared for that since that test is infamous for its unfairness and has been for years. I’m still pissed about that test – the professors can argue until blue in the face that it is fair, but when you have people who study hard and do well on tests come out of that test feeling like it was an utter waste of time to have studied since the test didn’t match the material, SOMETHING IS WRONG WITH THE TEST, NOT THE ENTIRE CLASS!!!!!!!!!! ARGHHHHHHHHHHHHHHHHHHHHH!!!!!!!!! So maybe they changed the test but if they didn’t, they can prepare for drama for the third year in a row, and did I mention AUGH!!!!!!!!!!!!???????

5. Went to IHOP but several homeless people in drugged dazes standing right in front of entrance so we went to Perkin’s instead. Discussed Brain Gym and Art Therapy and crap like that since we are both on pediatric fieldworks, hers is psychosocial and mine technically isn’t, but you can’t separate psychosocial issues out of treatment so any setting has psychosocial treatment, to some extent.

6. Brought Allison home to meet Lester the Lion Kitty, although she is some what terrified of cats and so she made Lester cry and hurt his feelings because he is really smart, and he wanted to visit her and be curious, and she was like freaking out and like AUGH and blocking him with my giant exercise ball. Lester was like “Mrwah? Why you no like me, meanie?” and retreated to the next room to stare at her and cry. I felt bad for Lester but I was laughing so hard I was like dying at Allison like being so scared.

7. Took her back to dorms around 1045pm, left and while i normally ALWAYS ALWAYS ALWAYS ALWAYS ALWAYS keep my doors locked and not talk to people or whatever, forgot to lock doors and managed to pull up to driveway to turn onto main street right as woman walks up, she is crying and begs me for food, I was like oh crap. McDonalds is next door and I agree to get her some food, blah blah. I know she is like 99% certainly a scam artist but I couldn’t with good conscience turn down a crying woman begging for food even if it was a scam, normally I’d have had my doors locked and shook my head and driven away, but it was perfect-storm timing, so she got her food and some money and I know it was stupid of me, but I’ve nver done it before and probably never will again, but it would have haunted me had I just left her there crying for food, especially after this morning in the projects watching that baby shake with hunger and sleep deprivation. Ugh.

8. Came home to reassure Lester that mommy still loved him, even if mommy has REALLY MEAN FRIENDS that MAKE KITTIES CRY. Now I’m lying in bed and he is curled up next to me. I LOVE YOU LESTER THE LION KITTY!!!