Don't judge a book by its cover 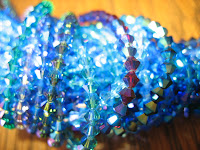 This is another lesson I learned while on my first fieldwork in a pediatric hospital a few months ago, which I found while looking through my journal. Absolutely all aspects of the situation have been changed for confidentiality reason, but the lesson remains the same. Fake details included only because it makes it more interesting!

Our next patience was a young boy accompanied by his parents. At first glance, they appeared very out of place in a hospital setting. *They were covered in tattoos and piercings, with brightly dyed hair and ripped clothing with inappropriate slogans.* OR: *They were an older couple, clearly recent immigrants that didn’t speak much English* OR: *They were a younger couple, dressed as if they had been out all night clubbing* They appeared ill-at-ease and tense. I steeled myself to observe rude, uncaring parents.

As the OTs started talking to the parents, I realized immediately how wrong I had been in my initial assessment. They were caring and kind and clearly cared very much about their child. They spoke in broken language spattered with grammatical errors, but what mattered is that their words were filled with love. The parents pointed out some of the problems their child was having, and the OTs talked with them about the issues needing intervention versus those that might be outgrown on their own. It was a good visit and it was clear the couple would do whatever necessary for their beloved child.

It may not sound like rocket science to realize you shouldn’t judge a book by its cover, but it was really an eye-opening moment for me. I realized appearances are not always as they seem. An individual can be well-dressed and well-educated and be a horrible parent, while an oddly-dressed or odd-looking individual might be an amazing parent. It was a good lesson to learn early.

—————
Update: Merrolee (New Zealand educator, blog on sidebar) and I exchanged several e-mails about this post. Originally, I just focused on the couple looking odd. But we discussed (ok, she explained and I listened/agreed) that this post isn’t really just about appearance. It could be the language, the demeanor, the interaction type, the skin color, the language, the cultural norms…anything that would potentially cause an OT to make a snap judgment about that person. The lesson is still the same – we must suspend judgment and realize that person might have a lot to offer that we don’t realize due to our (erroneous) first-glance assumptions of their capabilities. In my case, the original lesson I learned from this experience was that appearance isn’t always what it seems. With Merrolee’s guidance the lesson has dug in a little deeper to include all first impressions, whether it is cultural, social, or physical. She pointed out some interesting issues regarding confidentiality as well as cultural differences due to New Zealand’s diverse background, so hopefully she’ll consider writing a post about that! (Hint Hint)