MIFA in Memphis…Allison and I are done. 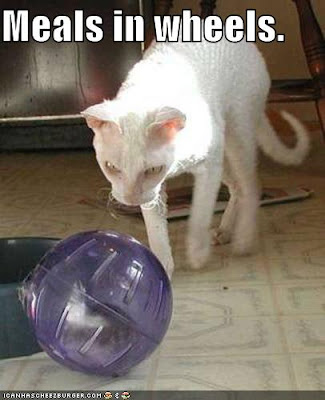 Today was our final MIFA meals on wheels run! It was a nice day so there were lots of people out! We saw some hilarious kitties, some bizarre graffiti, some crazy hairdos, and some really sad houses. Also some very nice people. Helen, the main lady, reminds me of Ellen Degeneres. She cracks me up. A firecracker. She said someone actually sent her my blog somehow because it had to do with MIFA, so um yeah. Interesting. It’s neat the way the routes work – I am directionally challenged but it’s really easy to follow these MIFA routes, very organized.

Anyway, I don’t have any particularly touching stories of enlightenment, but the smiles of the people we visited were radiant.

And Helen rocks. So go to MIFA in Memphis and volunteer.
Oh by the way, I have to officially journal this for school, so I guess I’ll have a longer entry later….and I do plan to occasionally volunteer there just randomly, so I guess this isn’t the last you’ll hear of MIFA.

La la la….working on random OT stuff…I need some PICTURES!!! All you OT students or OTs out there, send me something to post. Please, I beg of you.

PS: I keep thinking of Amy Winehouse’s song Rehab… I know it has to do with substance abuse but it seems applicable to normal rehab too…lol “They try to make me go to Rehab and I say noo nooo nooo”

PS2: I have to tell y’all about the hilarious kitties. So we were waiting for a woman to answer the door, and standing on her porch. We could hear cats talking. I glanced around the side and there were two cats that looked vaguely Siamese. One of them was thin and stand-offish, crouching there like a loaf of bread. Let’s call her Allison. The other kitty (let’s call her Karen) was scruffier and intent on getting Allison’s attention. But Allison would have none of it. Karen was a scaredy-cat and would like, go RAWR! and tentatively pounce in front of Allison, but was too scared to really do it, so it was all ineffectual. Karen did this like five times. Then Allison got tired of it and walked away (you could tell the kitties were familiar with each other). I was like hey Allison, that’s our friendship – you’re mean and I want your attention but I’m scared of you, so I just try to mess with you but get freaked out and back off at the last minute. She was like, yep. Then, a few minutes later, meal transaction completed, we drove off. As we glanced back, we saw the two cats in the middle of um, an X-rated act. We were both like “Never mind. That’s not our friendship.” AHAHAHAHAHAHAAHH