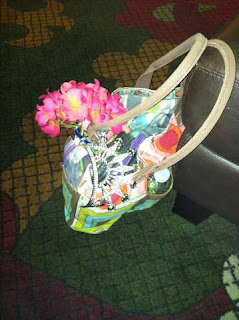 So I had to go through security with fake flowers and a tiara. I ended up scarring myself with the tiara, literally, as it was pressed against my upper arm while I ran through the airport. So I have a tiara scar now. 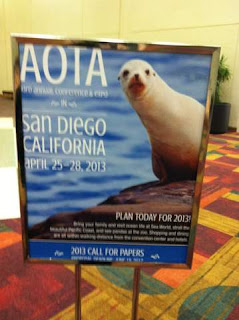 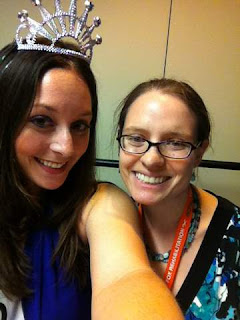 My esteemed and awesome Cheryl Morris who lead our presentation 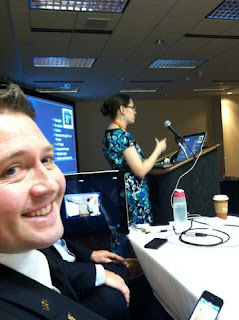 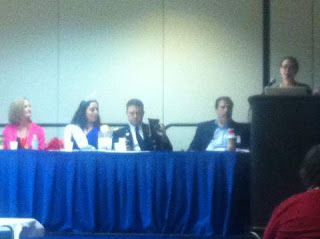 Anita (virtual OT – in pajamas), me, Miss OTPF in pageantry wear, Erik, Army OT guy in uniform, Chris Alterio, OT business owner in a suit, and Cheryl, sweet Cheryl, in a lovely dress as our leader. 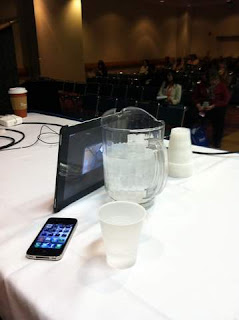 Erik used the water pitcher to hold up his recording iPad. 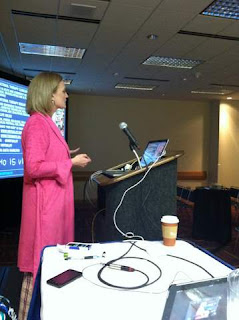 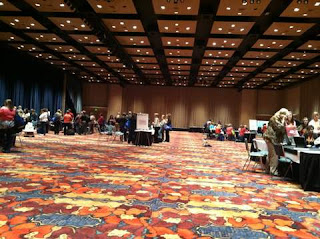 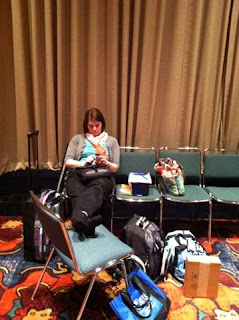 Libby, a precious lovely blog reader and now a wonderful friend, who let me stay with her and her OT classmate Erica at conference, guarding our stuff… 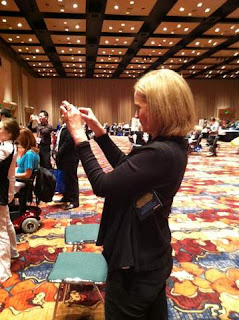 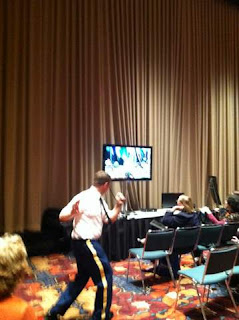 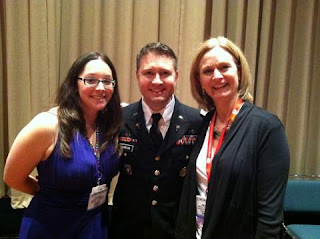 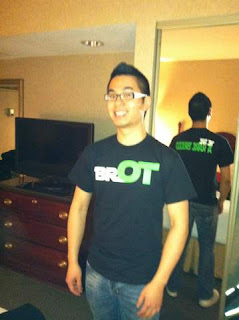 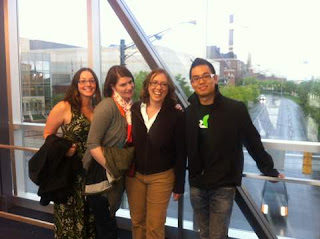 Me, Libby, Erica, and Frankie….we need a name for our little group of awesomeness! 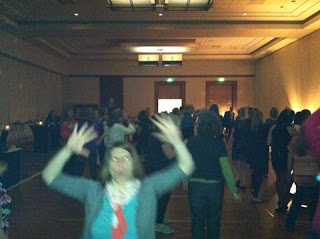 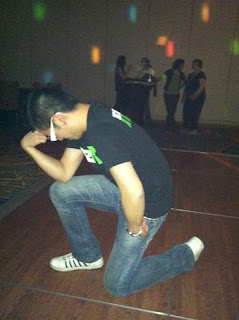 Love you Frankie (we actually met him at conference, he was one of Anita’s students). He’s so chill, on Sunday morning we were in bed and he knocks on our door and just climbs into my bed to play on his phone while we waited on the other girls. 🙂 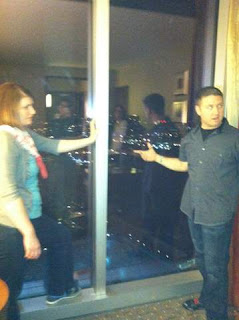 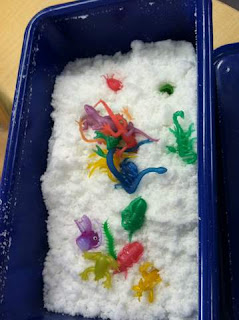 So a booth gave me this free instant snow bin to take home with me, which luckily TSA allowed in my checked luggage, and I love it, and I put a bunch of my monsters in it, but then I took them back out. Because most of my kids didn’t like the texture, and it was messy, and worst of all, the snow smelled SO BAD!!!! But to be fair I think if I got the snow and did it outside and didn’t put plastic things in it and didn’t let a thousand kids touch it (this was the sample stuff they let people touch all day), it would be pretty cool. It lasts for WEEKS at least, it feels like real snow almost, and it stays cool to the touch, even at room temperature. So pretty cool stuff to try, I think. 🙂