So random even a random word generator would explode 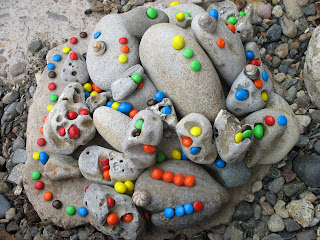 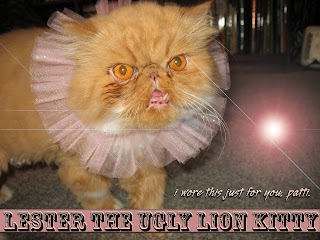 I watched “Deuce Bigalow, Male Gigolo” tonight, again, randomly, on TV, about a dude who tries to be a gigolo (in their terms, “man whore”) but ends up finding his niche in befriending some of the clientele that were otherwise shunned. He did this by finding ways to help them fit in or be accepted. For example, he took the girl with Tourettes with a propensity for swearing, to a baseball game, where her shouting horrible curses on the opposing team were loved by all the fans. I know the movie is incredibly silly, but I like it because it has an element of OT philosophy in it, even if he didn't realize it. He looked at the client's personality characteristics and abilities and then found ways to work with them to improve their quality of life.

Because this is a random post, I included two random pictures.

One is a picture of an art thingie me and my mom did in La Jolla, CA, this past summer. She loves to collect rocks and she has kept a blue M&M in a hole in a rock in the house for years (it's gone now). So I decided it would be fun to get a bag of M&Ms, collect holey rocks at the beach, and make impromptu art.

Weird as hell, but mom was totally willing to go along with it…

Second picture is the masterpiece of a girl named Michelle who is in love with Lester. The mentioned “Patti” is my good friend who is an OT student in New Jersey, where, oddly enough, small world as it is, one of my professors has transferred.

ANYWAY. Enough weirdness for one day.