The Role of Occupational Therapy in PTSD: Navigating trauma’s aftermath 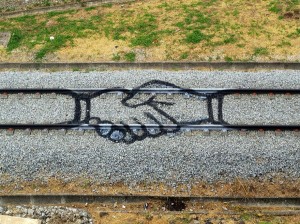 “I don’t think there are going to be many lasting, significant effects for these folks, because most of it was just broken bones.” Said Temple University Hospital’s chief medical officer, Dr. Cushing, in this recent CNN article on the Amtrak train crash in Philadelphia, regarding the hundreds treated in local hospitals.

While I realize Dr. Cushing was referring only to acquired physical disability at the time, I couldn’t help but think about the significant mental trauma that these victims have undergone, and how a significant number of them will likely be afflicted with post-traumatic stress disorder (PTSD) because of their experience. It’s also possible that witnesses, those who have an affected friend/family member, or at-risk community members, will develop PTSD as well.

There are varying degrees of PTSD, but it can quickly or gradually lead to a decline in general function, due to fears/hypersensitivity/triggers. For example, Jan may have daily walked in a particular neighborhood as the 1:45pm train was thundering by, a sound/vibration she was used to and heard but did not allot attention to. She was always just hurrying to the 2pm pottery class she teaches three days a week. Today, though, days after she witnessed the crash, as she hears the thundering and vibration of an oncoming train, her body tenses and her heart starts to race. Thoughts of the train derailing onto her overwhelm her with fear and freeze her to the spot for several minutes, long after the train has whistled past.

Jan is shocked and startled by how terrified she was. She is able to teach her class, but she feels shaken up and weak. In two more days, her fear of her reaction is as strong as her reaction, and at that point she stops teaching the class. Jan is a retired artist and enjoyed teaching that pottery class as it provided her a little extra income and socialization time, but it’s not worth the fear that hits her each time the train goes by.

In time, the high-pitched squeal of brakes of a truck, the vibrations of construction work under her feet, and even an advertisement depicting a train are enough for her to have flashbacks and crippling fear. Her sleep at night is filled with overturning trains, and she wakes up exhausted. Slowly, her world of walks, meeting friends, volunteering, etc, dwindles, as she’s too tired and too fearful to expose herself to possible triggers. She spends most of her time in her apartment, reading. Her lack of movement, increased social isolation, and flashback-fueled adrenaline surges have taken their toll on her. She was a valuable and productive member of society with potentially decades of independent living ahead of her, but she is falling apart. Now what?

In come the mental health professionals, such as psychologists and occupational therapists. (I’ll focus on OTs since I’m one!) Perhaps an occupational therapist starts a support group for those with PTSD related to the train crash (with such a large crash, there will likely be a need). The OT finds a time and place not too close to a train station or train rush hour. During the course of the group sessions they go over common and unique triggers, warnings of upcoming triggers, coping skills, adaptations, modifications, schedule-creation, client-unique and general community resources, needs/wants lists, exposure techniques, public awareness, and more, with the goal of focusing on increasing function/participation in everyday life again.

Slowly, Jan starts to function again in the real world. With encouragement and assistance, she does a pottery session for her group mates. She signs up to teach the pottery course again, but gets there early so she isn’t directly by the train as it passes by. She learns the train schedule around her walk times so that when she knows a train is coming shortly, she can take deep breaths and self-talk her way through it. She learns to tolerate high-pitched squeals and earth vibrations after supervised exposure therapy. She has a friend meet her at her house several times a week for a meal. Slowly, she reintegrates into her old life, an even richer one in some ways.

To see more about how occupational therapists can help with PTSD, please click here for a two-page fact-sheet by the American Occupational Therapy Association (AOTA). It’s never too early or too late to get help.

My thoughts are with those affected by the traumatic Amtrak train crash in Philadelphia.