Make/Print Your Own Grid and/or Graph Paper: Beneficial for OTs

Griddzly and Incompetech’s Graph paper are both great EASY and free sites that let you either customize or choose graph paper to print.

Many of us OTs have clients that need bigger or smaller sizes, or different shapes, or different spacing, etc. Or we have games we want to play or exercises we want to use to teach strategies, and yet don’t have time or energy to reinvent the wheel. Even fieldwork students can use this just to skim for ideas.

http://gridzzly.com/Very easy to make your own grid/graph papers in various shapes or sizes, although semi limited in options. If you don’t want to print then, you can save as PDF. I do like the matrix dot options.

Look, incompetech versus incompetent. Love it. Not sure what it says about their quality but…AHAHAHAA

I haven’t played around with this one, but they have a LOT of options to print, including triangular, asymmetric, note taking, square, etc. Best bet if you want something complex.

*I’m finishing up report cards today, and done moving tomorrow! April 1st begins OT month, so I’m hoping to have up a new post and/or resource on my blog, Twitter, FB, etc, every day of that month. 🙂
*That also includes going back to posts like this to add in a pictures and more ideas, etc

How time flies during a move

Wow, it’s been almost two weeks since I’ve last posted. I shake my finger at myself with shame.

I’m wrapping up my former job as a school-based therapist (now I will be an independent contractor), although I’m still doing some hours there. My replacement is fabulous and I’ve learned some great activities from her.

However, I’m trying to do as little of those pieces as possible for now, for the next few months, because I need to focus on building up the Miss Awesomeness resources and trying to make this a more virtual job (at times). I have several children’s books and one adult book (adult in the sense that it’s for grownups, not in the sense of R-ratings…cough) that I’ve been working on. The children ones are coming along. 🙂 They focus on children under the radar and/or children who have challenges.

This week is report card week and it’s my final week of moving. My hope is that most of April and all of May are really just Miss Awesomeness building. I’m going to try to be somewhat hermit like if possible except for social exercise.

I’m also working on the liability insurances, business licensure, taxes, and other important legalities for the brand. Step by step.

I just wanted to quickly write something up so that you saw I’m not dead, just sleeping. To paraphrase Monty Python.

That reminds me (I guess because of the sleeping part) that I had a dream, and in the dirt along with all the bugs they had these tiny raccoon bugs. Just like a beetle in size, but the cutest little raccoon ever. Kind of translucent and hairless, but those little black eyes. Amazing. Just sayin’. 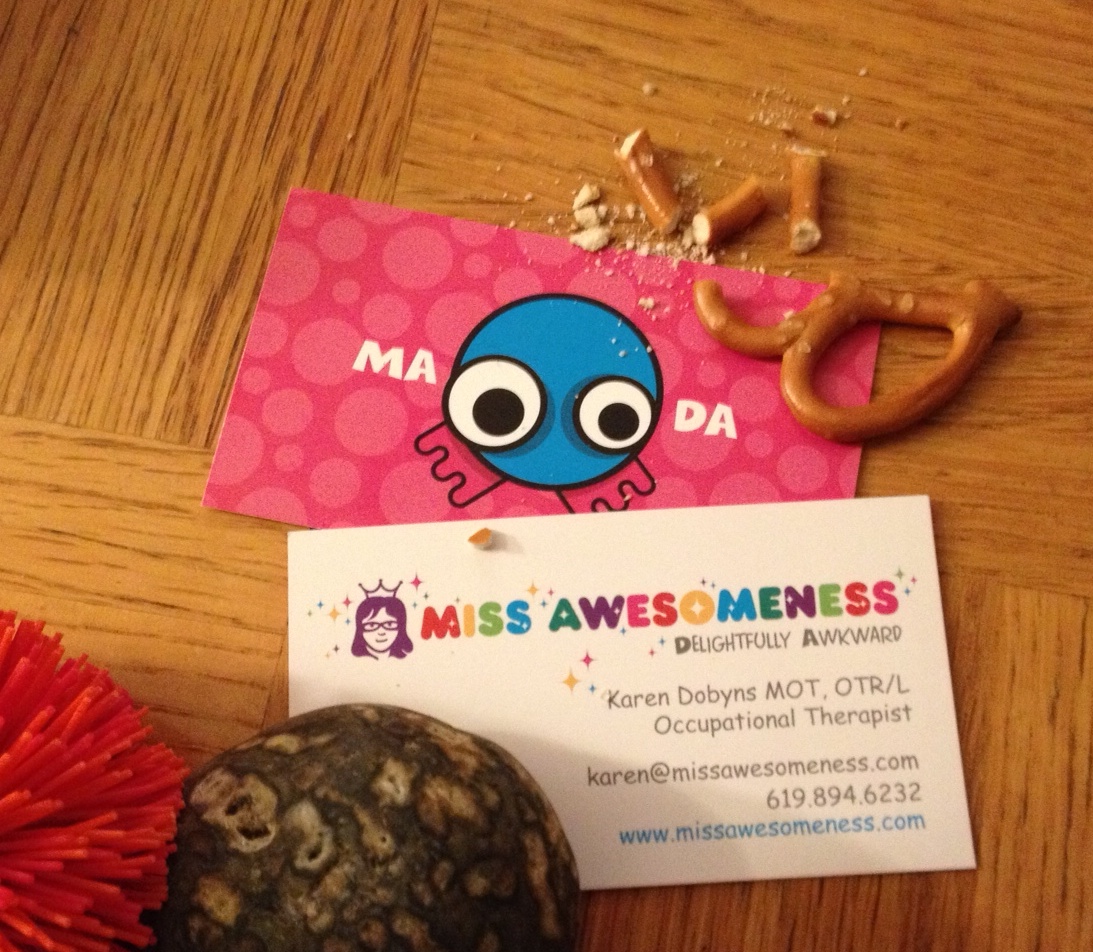 How to Find the Best OT Job – Infographic

An infographic about how to find the best OT job…I have a tiny quote in it, yay. Seriously, the global network of OTs is one of the best ways to find a mentor…one of my first mentors was in New Zealand, Merrolee Penman! 🙂

There is also an article that goes along with it, for AOTA members only.
http://www.aota.org/en/Publications-News/OTP/Archive/2014/3-10-14.aspx

It’s in the paper magazine, or here digitally. If you don’t have an AOTA membership, I do highly, highly recommend it for the resources available. And lots of other reasons. But that one is my favorite reason.

The only thing I would change, if I could, is to change where I talk about my first job and being scared. It says in there "I had no clue what I was doing." In reality, it FELT that way, but I did know what I was doing. Just that typical "imposter syndrome" where it seems like everyone knows what to do magically, except me. I was safe, I was careful, and I was being supervised carefully enough that my patients were not in harm. I was just really scared. But FEELING like you have no clue is different than actually not HAVING a clue. Just sayin’. That was poorly worded on my part.

Back to reports. 2 to finish tonight. Start looking for more resources around March 19th, I’m excited!

I’m transitioning out of my position as an elementary school-based occupational therapist. I’m actually only about a week away from being finished. I’m going into independent consulting and also hoping to build up the virtual resources/consultations. A big piece of that is finally getting resources/pictures done like I’ve wanted to for so long and not had the energy and/or time. Including going back into the blog and tidying up things to be more useful.

And now back to a report, so I can’t go into as much detail as I want! Hoping that by March 18th I am getting to do a lot more focusing on online resources, online and local consultations! Big life change! 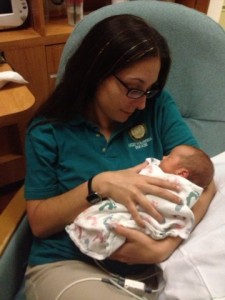 I was a baby “cuddler” over a year in Memphis at a large hospital, and when I moved to CA I had to spend two years on the cuddler waiting list at a large hospital. Now I’ve been a cuddler here 1.5 years and I love it, especially with my occupational therapy knowledge that helps with developmental play and most of all, calming babies undergoing drug withdrawal.

Obviously due to confidentiality we can’t share pictures or too much information. However, my friend had a baby at “”my” NICU for nearly six weeks, so I got to cuddle their baby when they couldn’t be there. My friends had a small cubicle-room to themselves in the step-down unit, so it was relatively calm. They gave me permission to post this picture of us cuddling! 🙂 Their baby is now doing absolutely fabulous, by the way. It helps when the baby has AMAZING parents. Plus the baby’s parents both work in special education, so they essentially have a black market rehab team available to them at all times… 😉

Many times, people who want to be cuddlers have a vision of gently rocking babies in a quiet room. In reality, you’re often in somewhat chaotic environments (depending on many factors) with a baby screaming in drug withdrawal, or a (stable) preemie covered in tubes/wires. It’s still lovely, it’s still exactly what I want to be doing, it is exactly what the babies need and the parents and nurses appreciate, yet it can be stressful. Every once in a while though, you end up in a rocking chair with a sweet little baby in a cubicle room, and it’s quiet and dim, and the baby only has a basic three-wire monitor cord meaning it’s easy to maneuver, and the baby just wants to be held, and then you can hum and rock and meditate and love, just you and the baby. That’s peace.